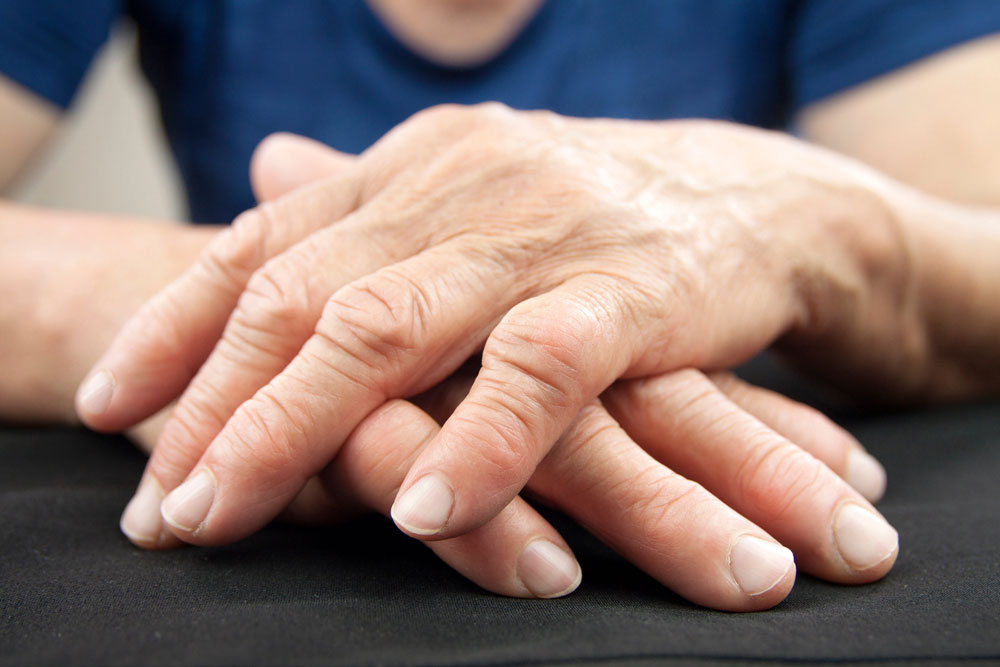 Arthritis is the acute or chronic inflammation of joints. Though commonly understood to be a singular condition, arthritis is a term used to reference joint pain and joint disease. In fact, there are more than 100 different types of arthritis and related conditions, such as osteoarthritis, rheumatoid arthritis and psoriatic arthritis, among others. Symptoms include pain and stiffness in the joints, swelling, decreased range of motion, joint deformities and other related conditions.

Causes for arthritis vary depending on the individual, but can include:

While there are many types of arthritis, two of the most common forms are osteoarthritis (OA) and rheumatoid arthritis (RA).

“The most common form of arthritis is osteoarthritis, which develops over time and can intensify with age,” says Thomas Lazoff, M.D., a double board certified physician at Physical Medicine Consultants in Fort Wayne, Indiana. OA affects more than 32.5 million adults in the United States, according to the Centers for Disease Control and Prevention (CDC)[1].

OA affects the entire joint, including the bone, cartilage, ligaments, fat, and the tissues lining the joint, says Dr. Lazoff. Symptoms of OA can include joint stiffness, redness, and decreased motion in the hands, knees, hips, lower back and neck.

“This form of arthritis causes some element of swelling and tenderness of one or more joints,” he adds, noting joint pain can be chronic and flare up at times.

Age, gender, overuse of the same joints, genetics, former injuries and suffering from obesity can all contribute to the onset of OA. The condition is more common in people over 50 years old and tends to occur in women more than men.

“Rheumatoid arthritis is an autoimmune disease which typically attacks the joints of the body,” says Dr. Lazoff. Individuals living with RA often experience stiffness, swelling and pain in the joints. Symptoms of an RA flare can last for extensive periods of time and may include:

While the cause of RA is unknown, a genetic component is suspected to play a part in the  disease, especially when triggered by lifestyle and environmental factors. Women are more likely to develop RA than men, and women who have never given birth are thought to be at higher risk, according to the CDC.

CBD is derived from the cannabis sativa plant, and studies have shown its potential effectiveness in relieving symptoms of arthritis or joint pain. One medical study published in Cannabis and Cannabinoid Research found that, of the respondents who used CBD to treat medical conditions (including arthritis and/or joint pain), 36% found it to be effective[2].  CBD may also help reduce inflammation and symptoms of anxiety and PTSD, among other conditions.

“I am more apt to recommend CBD prior to anyone being placed on any opioids,” says Dr. Lazoff. “CBD can be recommended to relieve arthritis symptoms when we are treating joint pain. It is typically less problematic, better tolerated and essentially [there is] really no end-organ damage like some of the other traditional medications that have been used.”

In the treatment of pain, CBD interacts with the endocannabinoid system (ECS) by inhibiting the sensation of pain. The ECS is responsible for how we learn and retain information, how we sleep and eat, pain control and emotional and immune response.

“The thought is it [CBD] prevents endocannabinoids from being broken down without the effects of THC,” says Dr. Lazoff.

Some research suggests that CBD reduces inflammation by affecting activity in the endocannabinoid receptors. Endocannabinoids are responsible for regulating the ECS processes. CBD (with regulated levels of THC less than 0.3%) has a similar chemical makeup to the body’s endocannabinoids, and the interaction with the receptors affects the release of neurotransmitters to your brain, relieving certain levels of pain, anxiety and nausea, says Dr. Lazoff.