Why CBD Is Becoming Popular in the MMA World? 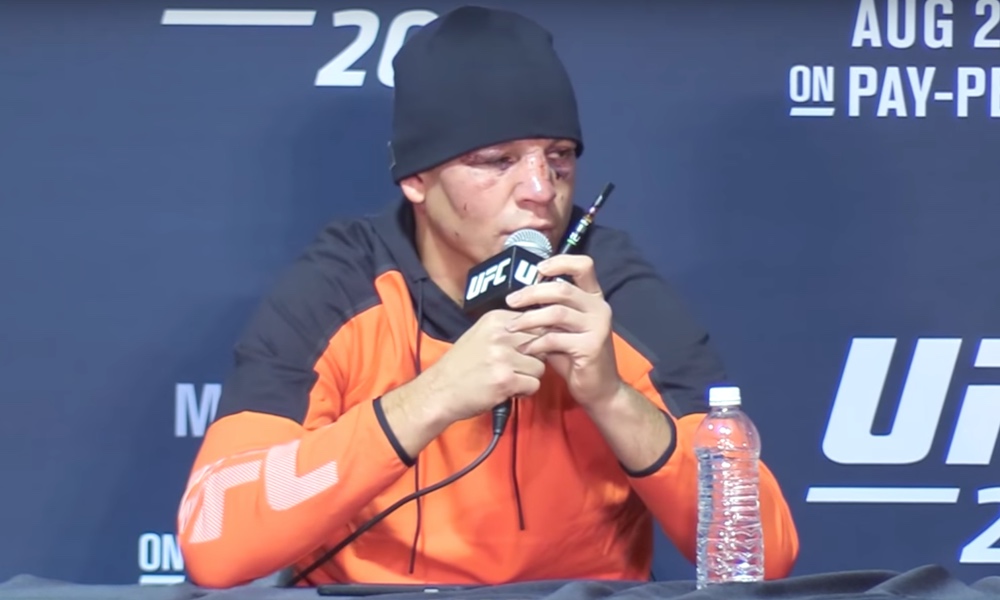 Everybody involved in the MMA scene has heard of CBD. Ever since UFC fighter Nate Diaz was found vaping CBD after UFC 202, the CBD market for fighters has exploded. Diaz was issued with a public warning from USADA following this incident, but thankfully things have taken a turn since then. CBD in MMA has had a lot of restrictions lifted in recent years and has been removed from the World Anti Doping Agencies banned list.

If you’re a fighter looking to recover better and faster and hit your peak performance more often, CBD is pretty much an essential supplement. It has huge potential for fighters, and there are now a number of places to buy CBD online, making the compound more popular than ever before.

These Four MMA Fighters Use CBD

Generally, MMA fighters use CBD products to help with pain and inflammation. MMA is one of the most physically challenging sports and requires fighters to train hard in multiple disciplines. This means that pain is a regular occurrence and something that they need to get used to if they want to train and compete at a high level.

But, to be an MMA fighter, you need more than just strength and agility; it takes a strong body and a stronger mind to tackle the stresses of the sport. For this reason, CBD for MMA fighters is becoming a big hit. More and more MMA stars are starting to open up about their use of CBD products and how it helps them.

Diaz is perhaps the most famous MMA fighter using CBD at the moment. He openly uses CBD vaporizers in public appearances and press conferences and is exceptionally vocal about his use of the compound. He and his brother even own their own CBD line of products, known as “Game Up Nutrition.”

Jon “Bones” Jones is sponsored by PureKana and he recently posted a picture on his Instagram page of himself sporting a PureKana branded vest in the cage. He’s always been spotted with CBD blunts and other hemp-related products. He admitted in an interview with the USA today that he always used marijuana – right through his school life and throughout his wrestling career in school.

Matt Hughes is another MMA fighter working with PureKana. Matt was in a tragic train accident that left him in a coma and near death back in 2017. Three years later, the ultimate fighter has fought back, making a miraculous recovery. He uses CBD to help with sleep, pain, stress, and more.

Both Austin Vanderford and his wife, Paige VanZant, were named as brand ambassadors for Bespoke Extracts in December 2020. Vanderford noted that he and his wife value the importance of maintaining optimal health and wellness – both in and out of the cage. He went on to say that the Bespoke CBD products play an important role in helping the two look and feel their best.

Why Are So Many Fighters Using CBD?

Unlike THC, CBD is completely non-psychoactive, meaning it doesn’t make users high. Moreover, it may have many beneficial effects on pain, inflammation, sleep, anxiety, and other common health concerns. This combination makes CBD for MMA fighters the perfect fit. MMA is one of the most grueling sports, and fighters regularly suffer from pain, soreness, damaged ligaments, a heavy case of inflammation, concussions, and other head trauma.

Not only do these effects break down the body and prevent a full recovery, but they also make it hard to sleep. Therefore, many fighters have difficulty performing at 100% and carrying on with their lives outside of the sport.

CBD can be useful in addressing all of these issues, improving the recovery time between workouts and aiding sleep.

A 2019 study published in Antioxidants found that CBD has both anti-inflammatory and antioxidative properties. The study reported that CBD was a weak agonist of the CB1 receptor in rats, mice, and humans. Activation of this receptor enhances a pro-inflammatory response.

There is even a belief that CBD could support the GABA neurotransmitter, which promotes relaxation – as seen in a 2017 study. The result is expected to be an improved sleep cycle, which is a crucial part of any athlete’s recovery.

Ultimately, research shows that CBD in MMA is more than just a one-time craze. Cannabidiol has shown a lot of promise in reducing pain and inflammation, boosting recovery, and improving sleep. As it happens, many fighters report having a very positive experience using CBD to improve their overall performance. If you’re an MMA fighter looking for a way to recover faster and perform better, CBD may just be the answer you’ve been searching for.