Why are Rugby’s biggest names turning to CBD products? 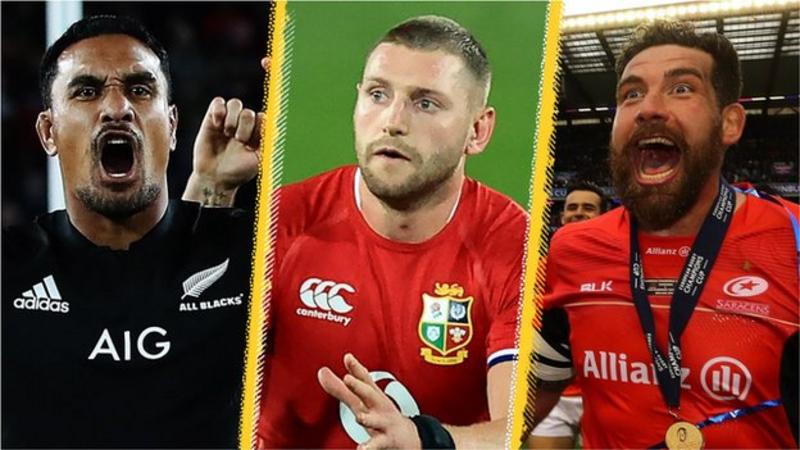 Finn Russell uses it to help him sleep. Jerome Kaino takes some to ease knee pain. While Jim Hamilton needs it to cope with the aches he still lives with five years after retiring.

Why are players using it?

Rugby is one of the most physically demanding sports there is. And, with players getting bigger and stronger all the time, the pressure on their bodies continues to grow, particularly in a crowded calendar.

Strength and conditioning, nutrition, and sleep are the main methods of recovery. But often that’s not enough, so players turn to painkillers ranging from common anti-inflammatory tablets, to powerful opioids such as tramadol.

Kaino, who won the World Cup with New Zealand in 2011 and 2015 and is known for his thumping tackles, “always” used anti-inflammatories to back up training sessions and matches.

“You’d be surprised at the numbers of players that do resort to those or the odd stronger painkiller to try to get rid of a few bumps and bruises,” the 38-year-old tells BBC Scotland.

“I had a huge reaction to anti-inflammatories. I’d always have gut problems but to be able to get the joints feeling right I had to be able to take them every now and then.”

Former Scotland and Saracens second-row Hamilton still lives with pain years after retiring. He too, has suffered from the adverse effects of painkillers.

“I lived on them,” he says. “Especially at the back end of my career, I was taking anti-inflammatories daily. Almost like a course of vitamins just to get through the week. And because of that I still carry around gut pain.”

Hamilton says he witnessed team-mates become addicted to opioids, given how easily accessible they were.

The culture in rugby has changed in the last five years, and it is much harder for players to get hold of those stronger substances, but the pain inflicted by the sport remains, which leaves players searching for alternatives.

CBD oil has proven to be one of the most popular.

How does CBD help?

Scotland and Racing 92 fly-half Finn Russell is a user and advocate for CBD. He has invested in a company selling the product founded by his former Glasgow team-mates Adam Ashe and Grayson Hart.

Russell takes CBD oil before he goes to bed at night, and sometimes when he wakes up, particularly in the days after a game. One of the main benefits he describes is a better sleep.

“I sleep the whole night rather than stop-start,” the 28-year-old tells BBC Scotland. “I get a more stable and consistent sleep.

“It’ll be different for everyone. It doesn’t kill the pain there and then but it allows me to get a good night’s sleep so the next day I’m feeling a lot better.”

Hamilton and Kaino – neither of whom have a business interest in CBD – have noticed a similar improvement in their sleep, but also other effects.

“If I have a big training session, I get a lot of inflammation and a bit of fluid build up in the knees – that’s where I’ve seen the biggest improvement,” says Kaino.

The back-row also credits the product with prolonging his career, having recently won the Champions Cup with Toulouse at the age of 38 despite playing in one of the most physically demanding positions on the pitch.

“The last few years I’ve had a few operations and niggling injuries in the knees, elbows, and shoulders. CBD has 100% had a huge impact and input in being able to maintain my level of playing the last couple of years.”